Can internships help you land your dream job? 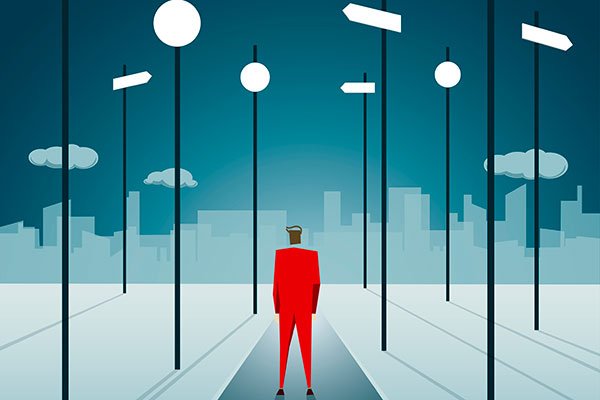 Right now there are more graduates than ever entering the job market, with every student making on average 7.5 applications per job. Some graduates we’ve heard from tell us about the vital skills they’ve learned from doing unpaid internships whilst others have told us about what a waste of time their paid internships were. So which one are you better off doing or is there even a point in doing one? I mean how much can they really help you in landing your dream job?

Students often get paid placements through university and it sounds great right? But some students have had experiences they’ve felt be a waste of time. They complain about often being given no work to do at all, and feel like their time is used very inefficiently as well as not allowing them to learn any new skills or to grow their current ones. This is not always the case and completely depends on where you’re working. Other students have told us how it helped them gain interpersonal skills. Some students were able to shadow industry experts in their day-to-day lives to really get a sense of the industry, learning skills from the very best.

Many believe unpaid internships allow companies to take advantage of their interns and over-work them as they think of it as very cheap labour, getting them to do a lot more menial tasks or overload them with work that won’t provide them with valuable experience. This has not always been the case with unpaid internships. It doesn’t sound very appealing at first, but it allows you to gain first-hand practical experience in your chosen field. It can really open your eyes and help you to determine whether you really want to pursue it or if it’s just something you thought you wanted. Interns have told us about all the invaluable skills they’ve learnt during their unpaid internship, they have also told us about how its been a vital leg up in their career.

So do we really need an internship? In a guardian report it tells us graduates in the population have increased from ‘17% in 1992 to 38% in 2012, the fear is that the university degree has been significantly devalued’ as employers are putting more value for relevant work experience. It seems almost like a requirement now to have an internship to be able to stand out and compete for graduate jobs. Some students are actively taking on unpaid internships, up to four at a time just to be able to add relevant experience to stand out. By having work experience employers feel like you will be able to pick up the work very quickly and require less effort from them for training, which is a cost many businesses are looking to cut and make more efficient.

One of the common mistakes people make is to not start their search for jobs or internships early and realise later that they could have started much earlier. The process has becoming fairly rigorous as more people are trying to get internships to add to their CV before they apply to jobs. Many internships end with job offers so if you are able to get one, make sure to work to the best of your ability and really make it count!

The Importance of an Internship: Top 5 Reasons Why Internships Are Critical

Just having a good degree is no longer enough to secure that all-important graduate job offer in today's world. Pertinent work experience is now just as valuable as your degree and exam results when it comes to building a successful career. As a result, internships...

END_OF_DOCUMENT_TOKEN_TO_BE_REPLACED

Grow Your Professional Development: 5 Tips to Help Your Career During the Quarantine Period

Large parts of the world have come to a halt since the pandemic. As a result, many students and graduates are unsure what their next step may be as they’ve had summer plans or internships cancelled. Consequently, it has raised the question of how you should use their...

END_OF_DOCUMENT_TOKEN_TO_BE_REPLACED

At the beginning of this year, students were getting ready to enter what was predicted to be the strongest job market in over ten years. Unemployment was at record low levels, stock markets had reached new peaks, and the job market was looking promising with many...