STAR Method: How To Nail Your Next Interview You did it! Your hard work paid off, and you got yourself an interview. Well done! The hard work isn’t over yet, though; now you’ve got to focus on acing that interview.

One of the most common mistakes that people make when interviewing is failing to answer questions fully and not showcasing their skills and experience in their answers. So how do you prevent this from being you? Use the STAR method! Read on to find out what the STAR method is and how you can utilise it when faced with those tricky interview questions.

The STAR technique is a method you can use to ensure you answer interview questions clearly and concisely, whilst showcasing your skills and experience to the interviewer.

So what does STAR stand for? STAR represents four steps to follow when answering a question. These are:

S-Situation – Describe the situation and when it took place.
T- Task– Explain the task and what the end goal was
A- Action– Describe the actions you took to achieve that goal.
R- Result– As a result of the actions, what was the result.

When should you use the STAR method?

The STAR method typically uses competency-based questions such as “Can you describe a time where you had to overcome a stressful situation?”.

Competency-based questions are generally asked to see if one can demonstrate one of the critical competencies required for the role. The STAR method will allow you to answer said questions in a structured way that ensures you’ve responded to their question, and it prevents you from going off track and forgetting what the original question was about.

Types of Questions Best Suited for the STAR Method

For every competency question you get, use the STAR technique to help you structure your responses. If you’re wondering, “What are examples of competency-based questions?” Well, you’re in the right place. Here a few examples.

How to use the STAR method to answer competency questions

First, you’ll want to start with the “S” of STAR, which stands for Situation.

To do this, you’ll need to go more into detail about the event, project, or challenge you faced. You’ll also need to provide context to the situation, such as project details, if you collaborated with anyone, when you did it and how long it was, and what your role was in this particular situation.

After explaining more about the situation, you’ll need to move on to the “T” of the STAR technique – Task.

After giving context about the project, you’ll need to explain what the task was and what you were looking to achieve from it, what was your end goal? Make sure to focus on your specific responsibilities rather than focusing on other team member’s roles.

Now that you’ve explained the project and the details of the tasks you had to do. It’s time to talk about your actions and what you contributed to the project.

Here you’ll need to focus on what steps you took to achieve the goal of the project. You’ll discuss how you handled the situation. This is probably the most crucial part of the STAR technique because you want to describe your response to the problem clearly and the skills you needed to perform the task. We’ll explain what this looks like in an example later in the blog.

Finally, to successfully answer this question, you’ll need to finish it off by explaining the “Results” part of the STAR method

Here’s where you can highlight the results from the actions you took. You’ll want to focus on the positive outcomes and the lessons you’ve learned from it. If possible, quantify the results, for example, increased the revenue by 30% or helped save the company “10%” by the end of the quarter or even increased company productivity by “25%”.

“Can you tell me about a time when you had to overcome a challenge?”

S – “In my last role as a marketing intern, I was tasked with working on a client campaign to help increase brand awareness for a new product that they were launching. My main responsibility was to work with the client to ensure they were happy with the campaign’s design and the channels we chose to distribute it. However, two days before the campaign launch, our client let us know that they wanted to change the campaign design and add a new channel to it that they hadn’t marketed to before.

T – As a result, I was tasked with working with our graphics design team to bring the changes our client wanted to the campaign and ensure that this change was made across all channels.

A – For the new channel, I worked on finding their target audience for this campaign, created buyer personas and helped create a strategy to ensure we marketed the new campaign successfully on the new channel.

R – As a result, the client was happy with the newly designed campaign and was delighted that we could accommodate a new channel so quickly. The campaign went off without a hitch after that and was successful.”

“Can you give me an example of when you made a mistake and how you handled it?”

S – “During my internship as a web developer with a FinTech

T – I was tasked with creating and uploading a new page for my company’s website.

A– I completed the page, and as I went to upload the new page, I accidentally duplicated the URL from one of the other pages, which resulted in that page being removed from our site. I noticed this and worked quickly to undo my mistake and had the page back up after 30 minutes. Afterwards, I spoke to my intern supervisor about the situation, who was very kind about it and was impressed with how quickly I responded to it.

R– As a result, I learned to double-check my work when uploading a new page and have not made the same mistake since.”

“Tell me about a time where you performed well under pressure?”

S – “In my previous role as a junior accountant, I was on a team of two handling the accounts for one of our larger clients.

T – We were tasked with providing the company with a quarterly projection of their budgets. However, my other colleague had to book some unexpected time off for a family emergency, which left me to complete the report. My manager asked me to take the lead and noted that the deadline would still be the same.

A – With the report being due within a week, I reached out to my team to see if anyone had any extra bandwidth to help me out with my responsibilities, allowing me to work on the report. Fortunately, I was able to delegate a good amount of my responsibilities to my team, which freed up an additional 2 hours in my day to the report. I then took a look at my schedule to optimise my time to ensure I was using my time efficiently between the report and my other duties.

R – By delegating my less important tasks and sticking to my schedule, I was able to complete the report, present it to the client on time, and keep up with my remaining responsibilities.”

Interviews can be nerve-racking, but with the proper research and preparation – we guarantee you’ll be able to ace your next interview. By utilising the STAR technique in your answers, you’ll be able to effectively demonstrate your skillset and experience in a simple yet powerful manner. 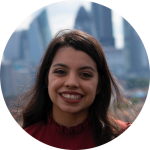 Having spent an entire summer dedicated to travelling abroad, Julia now focuses on helping other students experience life outside their home country. As an American now working in London, Julia enjoys sharing advice on interning abroad, sipping tea (with 2 sugars, 1 milk please) and reading in her spare time.

Unemployment is a difficult situation to be in. This is what pushes many people to take ‘whatever they can get’ — after all, dire times require prompt solutions. An unfortunate side-effect of this is that some employers take advantage of the lack of knowledge on...

END_OF_DOCUMENT_TOKEN_TO_BE_REPLACED

There may come a time when we feel like we’re ‘stuck in a rut’ at our current jobs. This could occur for several reasons, such as low pay, lack of a work-life balance, no career progression, and so on. In such a situation, you may consider switching jobs or your...

END_OF_DOCUMENT_TOKEN_TO_BE_REPLACED

Do you feel like you’re always overwhelmed and there isn’t enough time in the day to get things done? You may be struggling with time management. This is a soft skill that employers across industries value a lot, and without good time management skills, you’ll face...

END_OF_DOCUMENT_TOKEN_TO_BE_REPLACED 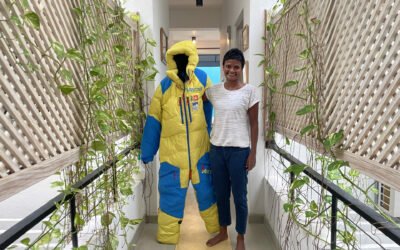 For International Mountain Day 2022, we speak to Jay, the first Sri Lankan to summit Mt. Everest, as she takes on a... 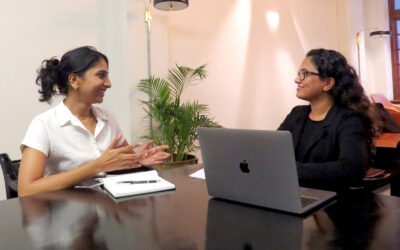 The ultimate guide to interview body language and non-verbal communication 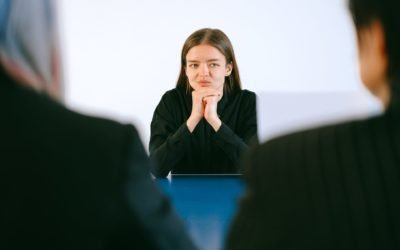 How to answer the question ‘Why are you a good fit for this job?’ like a pro

Why are you a good fit for this job? Why are you the best candidate for this role? The barrage of questions from the...