5 Reasons to work in London 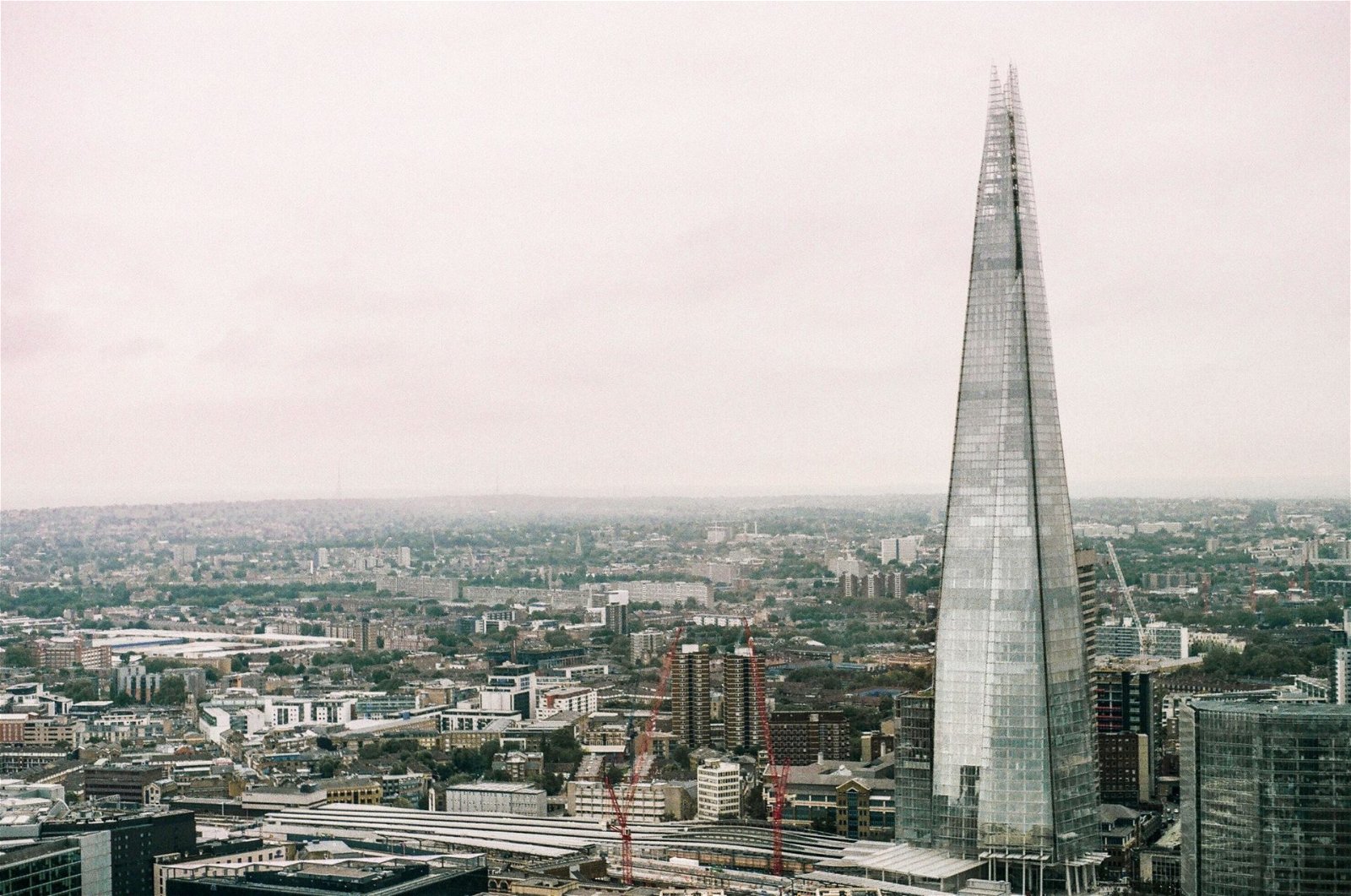 London is a proverbial city of dreams where grit, hard work, and talent can pay off. That’s why it is a top destination for anyone looking for greener pastures, better opportunities.

Without further ado, let’s dive into great reasons why you should work in London.

London is a megacity with a population of 9 million (as of mid-2020). Greater London, or London as generally known, encompasses the City of London (or the City with a capital C) and 32 boroughs.

One feature of the capital city is cultural diversity, by individuals and families moving into the capital from other countries and areas in the UK.

About 300 languages are spoken in London. The emergence of Multicultural London English, or MLE, shows the fusion of myriad ethnicities, cultures, and backgrounds.

To demonstrate the diverseness of London’s population, here are some statistics:

Your future workplace in London will also reflect multiculturalism. Working with a diverse team is not exclusive to the city though as technological advancements and current developments have helped push for inclusiveness and diversity.

What are the benefits of living in a multicultural society like London?

2. Cheap and Fast Travel to Europe

Being based in London means you can go anywhere. In a way, the place has been dubbed as the centre of the world.

London as a city today is built on its being a major trading port back in the day, but its growth as a port has also to do with that of the capital city.

Notwithstanding early trading activities that took place on the River Thames, it was the Romans who paved the way for it to be a full-fledged commercial port.

They founded a settlement called Londinium in the first century, the site of the modern-day City of London. The city was also the centre of their operations in Roman-occupied Britain.

Trade and commerce in the Middle Ages spurred London’s growth. And its industrial transformation had encouraged people to flock to the area for employment.

These are just two events that have consolidated London’s status as a hub of economic, financial, and trading activity in Europe and the world.

For your European adventures, consider these options for a day trip, weekend getaway, or a multi-day holiday:

By itself, London is well-connected with its metro system, bus, train, tram, ferry, and more. It has six major airports, including Heathrow Airport that recorded 80.1 million annual passengers in 2018 and served 203 destinations.

If going on travels is a priority for you, along with flexible options, this could be one great reason to work in London.

London is a global financial centre, with domestic and multinational companies having their branch or head offices there.

The City, nicknamed Square Mile with its iconic landmarks, is the headquarters of the Bank of England, UK’s central bank.

While the City is widely recognised for banking and finance and being the primary central business district, areas around it have built themselves as a hub or centre for certain industries or sectors.

Camden is a known hub for creative industries, e.g., art, fashion, and design. ASOS has head offices in Camden, and Google’s “landscraper” in King’s Cross is in the works.

Islington is a hotspot for tech startups, becoming a more affordable alternative to

Lambeth counts financial services, healthcare and hospitality, and life sciences, among the business sectors in the borough. NHS Lambeth is one, IBM’s London HQ is another.

Southwark’s professional, scientific and technical sector is the top sector by employment. Examples are Kaplan Financial, Southwark Engineering, and SafetoNet.

London truly lives up to its name as an HQ city. Nonetheless, the pandemic was/has been brutal to businesses, leading to closure of offices, relocation or moving to another office location to reflect hybrid work arrangements. These trends will likely continue.

Considering the existence of big companies and the potential for bigger pay, employment and economic opportunities can be had in the megacity. Each opportunity exacts a certain level of competence and education.

It’s not just you who want to make it there, job seekers and go-getters of every nationality also eye professional growth and development.

The city attracts talent from across the world, from recent graduates to seasoned specialists who are also looking to build and polish their careers. This makes the talent pool in London highly educated, skilled, and experienced.

One reality of seeking work in London is facing the best of the best.  It’s a tough but happy competition nonetheless, and it compels you to make yourself globally employable.

Internships in London represent one tool to help you transition from school to employment. Interning lays bare the basics of working in the world and in this case, an environment that may be entirely different from what you’ve been used to.

Whilst it would be great if you’d get a full-time offer, the main goal of being an intern is to gain experience and develop skills helpful in your line of work.

This experience is a good headstart for future employment and post-graduation prospects. That’s why a work placement that meets your career goals is really crucial at this stage.

Another significant method to enhance your global competitiveness is continued education. Finding world-class educational institutions for a short course or a full degree won’t be a problem itself in a place like London.

One conventional route is to move to London or the UK to study first and find a graduate position later. Whichever route you plan to take for your move, prepare for visa requirements, boost your language skills, etc.

City life can get hectic, so it’s warranted to go out and play once in a while. London has activities for every kind of outdoor enthusiast and bored office/WFH worker perhaps.

Finding free things to do or see in an expensive place like London can be a jolly pursuit, as shown in some activities below.

Museums. There are hundreds of museums and galleries in London, and some of them don’t have admission fees. Top free museums in London include:

Special exhibits and events in those museums may be subject to fees/charges. Also, be aware of closure times for renovations/repair work.

Theatre. What’s on in London? Check out theatre shows, musicals, plays, and more on West End with your friends or on your own. Ballet and opera are also a booking away.

What’s more, West End is a place to shop for luxury and high-street goods and indulge in a bit of retail therapy.

Music Festivals. Music festivals are staging a comeback, and a summer music festival in central London is something to look forward to.

Best of all, it may be free; do check the festival circuit for events anytime of the year.

Parks. Sometimes, you need not to do anything; just stop and breathe in nature. There are plenty of green spaces in London for quiet times. St James’s Park, Hyde Park, and Kensington Gardens are nice choices.

That’s just a few. With so many things to see and do, there’s never a day to get bored in London.

Need we say more about why you should work in London, especially if an opportunity comes knocking on your door?

Seek out the best for yourself, your career, and your future. 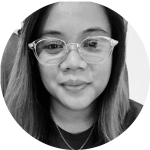 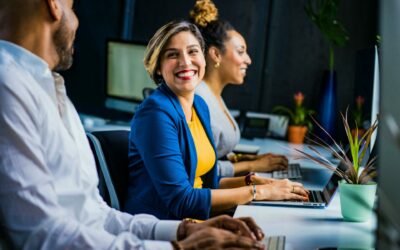 Unemployment is a difficult situation to be in. This is what pushes many people to take ‘whatever they can get’ —... 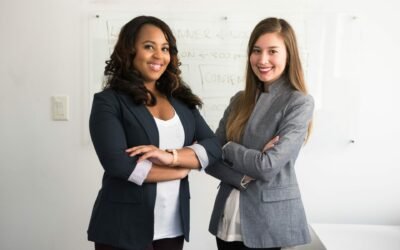 There may come a time when we feel like we’re ‘stuck in a rut’ at our current jobs. This could occur for several... 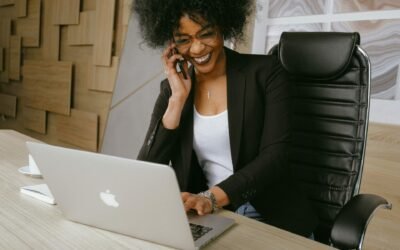 Do you feel like you’re always overwhelmed and there isn’t enough time in the day to get things done? You may be...